I have known it for years now
The pain – numbing pain, stubborn
I never want to see it ever
But it just doesn’t go away, stubborn
Now I know it’s found home
In my heart, in my body as its own
The pain seeps into each cell of my body
Like the blood that runs in its veins
Taking residence in every nook and cranny
Like it will never leave me again
But I now know, it’s a small baby
It can’t comprehend the ache it causes
I now know what needs to be done
It needs, like me, love and compassion
It needs, like me, to matter to someone
For when I begin romancing the pain,
I can see it diminish again
For when I began romancing the pain,
I began to feel anew again
The pain – it’s a lonely child
Abandoned, ignored, hated, rebuked,
The pain – it’s a lonely child
A grave testimony of life’s strife
Everyone hates it, no one wants it
So it grows bigger, larger than everyone
All it needs is to be acknowledged
So it can dissipate and be gone
For when I began romancing the pain,
I began to feel whole again.

You’re allowed to leave any story you don’t find yourself in.

You’re allowed to leave any story you don’t love yourself in.

You’re allowed to leave a city that has dimmed your light instead of making you shine brighter.

You’re allowed to quit the job you hate even if the world tells you not to and you’re allowed to search for something that makes you look forward to tomorrow and to the rest of your life.

You’re allowed to leave someone you love if they’re treating you poorly.

You’re allowed to pick the kind of energy you need in your life.

You’re allowed to set yourself free from your own expectations.

We sometimes look at leaving as a bad thing or associate it with giving up or quitting, but sometimes leaving is the best thing you can do for yourself.

Leaving allows you to change directions, to start over, to rediscover yourself and the world. Leaving sometimes saves you from staying stuck in the wrong place with the wrong people. Leaving opens a new door for change, growth, opportunities and redemption.

You always have the choice to leave until you find where you belong and what makes you happy.

You’re even allowed to leave the old you behind and reinvent yourself.

A ray of light, they say, is a real hope giver

When in darkness, they say, look for the ray of light

A single ray of light is enough, they say, just one

The desire to experience one tight hug, just one

The longing to be the one for someone,

That one kiss, that one touch, a caress of passion

And suddenly, there is so much of light,

So much happiness that you feel it’s untrue

That you couldn’t see the cliff in front of you

It came, the fall that was inevitable

From darkness straight into blinding light

Even the dead see a beautiful shining light, I have heard

I need to figure myself out.

It’s an endless journey but if I can make even half a step of progress, I would consider myself a success.

As the end credits rolled up, I couldn’t contain my tears – I rushed to the wash room and wept – not a tear or two, but a whole barrage of pent up emotions that just flooded out of my eyes. I tried but couldn’t control..

With the recent rape and murder incidents fresh in my mind, this movie hit a very raw spot – perhaps I wouldn’t be wrong if I said that I speak on behalf of all the women in India…  all women who are today, insecure, scared and unsure just because there is no legal recourse or support for crimes against women.

I say this because Nirbhaya’s mother’s tears still haven’t stopped – even 7 years after the incident. Law keeps on circling around endlessly, with no respite – and India, where Goddesses are prayed to, suffers in hands of rapists who continue to violate women while law continues to move on its own pace, denying justice to these women, girls and infant children.

For women who were given justice quickly, we have enquiry committees set up to investigate how and why these beast rapists were killed in an encounter – they have a right to live, right? Oh my my, so right!! Do you know how many cases are pending in India due to understaffed and overworked tribunals?

Economic Survey 2018-19 released in July 2019 expressed concern over huge pendency of cases in Indian courts due to shortage of judges, saying India needs additional 8,521 judges in the next five years to clear the backlog.

Former Chief Justice of India Dipak Misra had raised similar concerns over a year ago when 3.3 crore cases were pending. That figure burgeoned to 3.53 crore on July 1, 2019, with all high courts and lower courts short of 5,535 judges.

But no, we have staff free for enquiry committees for rare justice administered. Where all of India, all of women folk, all girls and all concerned men folk are celebrating justice for what happened to young veterinarian Dr. Disha’s perpetrators – two of whom have already confessed to being serial killers in Hyderabad, we have our respected Supreme Court, ordering inquiries into the encounter – calling it fake. Fake? I really don’t care. No woman cares. No Indian woman cares – justice was administered. Period.

Do you know how many rapes occurred after that ill-fated night of 27 November, when Dr. Disha was so brutally raped and burnt to death???????

As a woman, I feel helpless,

I see the ill managed government that talks about subjects like, “I don’t care about onions because my family doesn’t care about eating them” or something like that. I see funny and illogical acts being passed in the name of religion and citizenship. I see stupid registers being made for preparing a list of citizens.

I feel helpless, when I see the tears of Nirbhaya’s parents after umpteen court hearings that keep getting dates on pretexts of “rights”. Even in spite of this development – don’t you think it’s too late?

Maybe, just maybe, an Unnao or a Hyderabad could have been prevented had Nirbhaya’s perpetrators been put to death as soon as they were identified?

I feel helpless when I hear the news of Unnao rape victim who loses her dignity, right to live, her father’s life, her uncle’s arrest, the death of her two aunts by “accident” in which a lorry collided with her vehicle as she was headed towards court – until the said accused was convicted on 20 December 2019? Justice – is still a joke. Because.. the trial in the other four cases – framing of the rape survivor’s father in illegal firearms case, his death in judicial custody, a conspiracy of accused with others in the accident case and the separate gang rape case of the survivor by three others – are still going on in the court.

I feel helpless when .. as I write this blog post,

22 Dec 2019: 23-year-old rape victim, who set herself on fire outside the office of Superintendent of Police (SP) in Unnao, India on December 16, has died in a Kanpur hospital.

4 Dec 2019: Raped her while she was alive, raped her when she was dead: Confession of a rapist and murderer on camera

I think I can’t go on.. no, I can’t. Since that ill fated night, I had read multiple reports on Inshorts of rape of women and girls as young as 4 years old, and although I meant to add those in this blog post – I realize, I just can NOT.

I feel helpless when Nirbhaya’s rapist says, a girl is far more responsible for a rape than a boy.

I feel helpless.. when the defence lawyer for the rapists says, “You are talking about man and woman as friends. Sorry, that doesn’t have any place in our society. A woman means I immediately put the sex in his eyes.”

The movie – Mardaani 2 said it all like it is, today. I know for a fact that in Uttarakhand, even till date, men deem women equal to the dust under their shoes – and want her to remain there. I know for a fact that men ogle at women and lust at them at every nook and corner and women can’t do anything about it. I felt deeply unsatisfied with the ending of the movie – how do you equate the brutality of a sadist convoluted rapist with a few hits of a belt? No – even castration isn’t enough.

As a woman, I am scared to give birth – what if the baby is a girl? I am scared for the unborn daughter I might have. I am scared for every little girl I see around me – I want to wrap her up in my arms and protect her – but how long and how many can I protect?

It’s a hopeless country, India. And I feel – extremely helpless.

The first part of the book is a teaching style in which Khorshed Bhavnagri’s sons share with us how they died, how they went to the spirit world, and all the learnings that they received there. Written in a dialogue format, the two sons who passed away share their experiences of meeting the High Good Souls, and the reasons for communicating with human beings on earth – including their parents.  The book is written by their mother Khorshed Bhavnagri who supposedly received the teachings from her sons via automatic writing. Here’s a quick recount on what they have shared:

Part 2 of the book unfolds as a series of questions and answers. Most of these are probably questions that many of us would have thought about at least once in our lives.. such as

All in all, the book is definitely convincing and I wouldn’t say I don’t believe in it; however, there are still persisting questions in my head that remain unanswered.

If you would like to explore it yourself, here’s the link:

The Mystery Behind, Beyond, and Beneath the Sea, weaves a Poem of Awe.

Every Wave, Ripple, Ebb and Flow seems to confirm, “I. Am. Alive.”

When dreams come true, this is how exhilarating you feel.

I started my journey with Dreamz Forever in 2007. It’s been 11 long years of amazing growth, struggles, learning, highs and lows.

What’s stayed is the little girl inside me.

Who thought I could sing?

I mean, I thought I had a coarse voice. Singing? What is the equivalent of ‘two left feet in dancing’ for singing?

So now, I am trying my hand at singing and it’s getting tolerable by the day. 😛

I haven’t blogged for so long. There is so much to write but when I have the WP ‘block’ editor in front of me, my mind also becomes as blank as the pristine white editor.

I just can’t seem to get used to this ‘block’ editor!!

Tweets in the Woods, Obviously!! 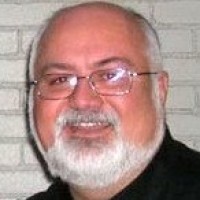 Latest whispers from the Breeze

Always Snacking
I Am My Own Island

A little bit of everything

Healing on the path of learning